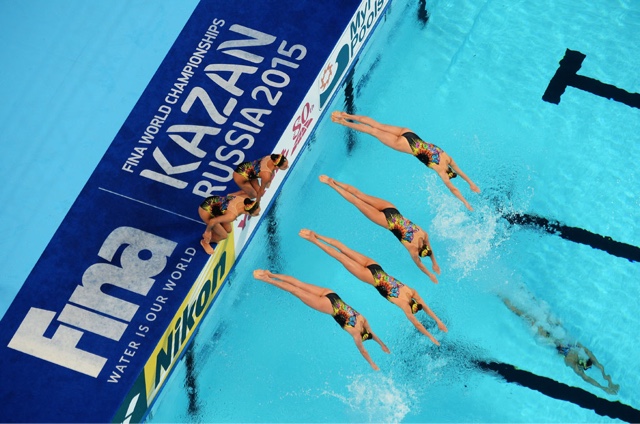 Days 4 and 5 of Worlds seem like the shortest and yet longest days of the competition so far.
Free team had really good energy. We were number 5 in the draw (which is my personal fav number) and we were really focused on bringing that American Spirit to the stage. Our lifts were probably the best we've had in a swim through yet, so we were pretty proud of that. 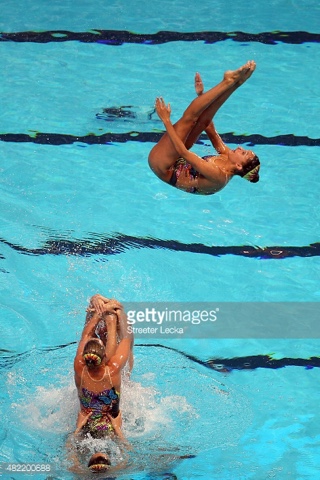 We aren't going into finals with the placement we wanted, but sometimes you can't focus on the placement. You can't control the score, but you can control how YOU feel about your swim. Once we all decide that's what matters we'll all be better athletes for it. Can't wait to see what is in store for us for Finals on Friday! 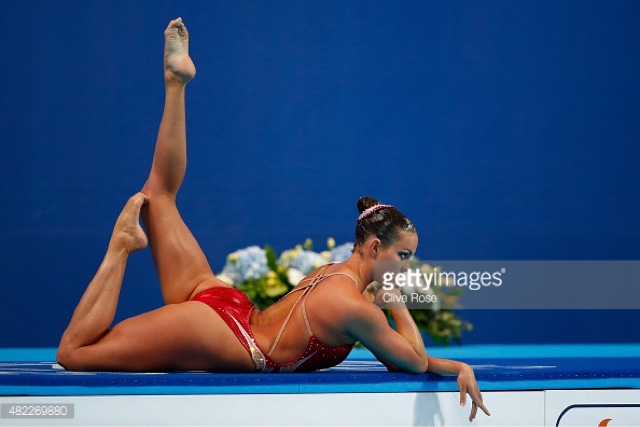 Day 5 was only the Free Solo Finals, and being at 5:30pm instead of 9am meant I got to sleep in, eat a little later, and be SUPER pumped for my finals swim. I'm only ever nervous before solo swims, but this time I was more excited than anything. This routine has a personal meaning related to it, and I was determined to make the world see it as well.
I went into finals in 8th, and I came out of finals in 8th! My coaches all said it was the best swim I've had, but it was more than that. I knew that it was my best swim. That exhausted but elated feeling after a competition swim is what we as athletes strive for. That feeling at the end of a routine where you KNOW you couldn't give anymore, you couldn't try any harder, and everything went exactly how it was supposed to go. 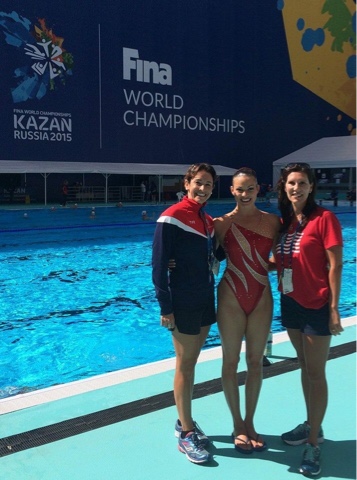 It's not just me. It's everyone. Lori Eaton, my coach from Lindenwood (pictured above on the left) is here coaching a duet for Aruba, and she's the one who has brought my love of the sport back. I'm so glad she was here to see my finals performance! Tammy McGregor, my coach for this Summer (also seen above, on the right) brought the hammer down on some technical aspects, plus she even added more sass and difficulty to what I thought was an already exhausting routine. I'm so glad to have such enthusiasm from the deck. Not to mention the expertise and personal experiences each of these women have had and have been able to help me with along the way.
Because of the support from Friends, Family, Coaches and Teammates, I had the best swim I could've asked for. And then some!!!
Now it's time to keep the momentum I have going into free team finals on Friday. Wish us luck! GO USA!!!
--Mary
Posted by Unknown at 1:46 AM