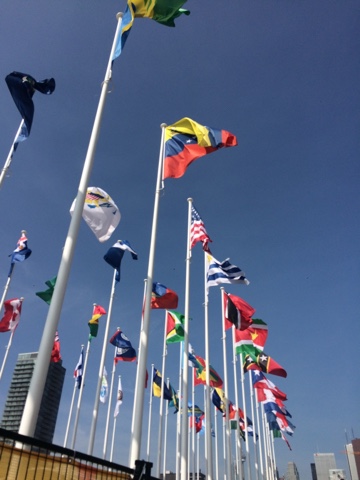 Hard to believe Pan Ams has come and gone. I tried to post this while we were there, but I guess it gets to be lumped in with Malta now. Prepare for pictures! 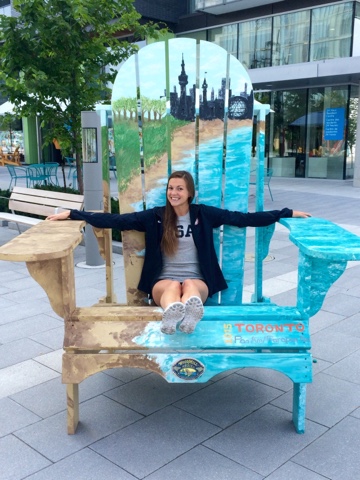 Anyways, as with last Pan Ams in Guadelajara, the village is amazing. I felt like a small child sitting in some of these chairs. I felt like a little fish in a VERY big pond. With all the experiences of international meets, pan Ams has to be one of the most fun. It's like a mini Olympics just with less countries. As expected the cafeteria had good food, we had access to a game room, the US gave us some AWESOME Nike gear... 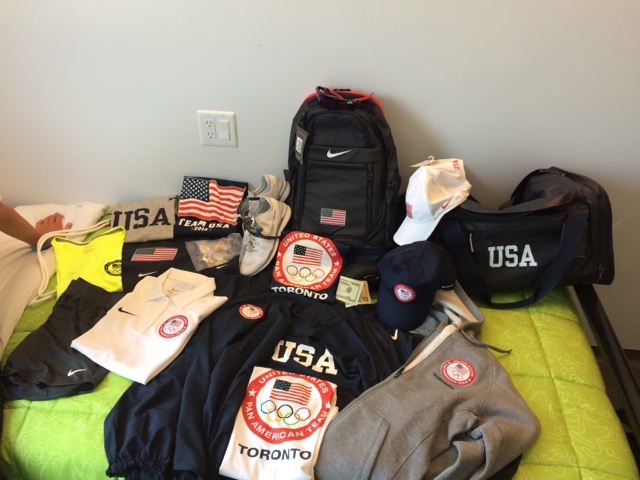 That's what matters right? Hahahahahaha okay but in all seriousness. The village was great. There are athletes walking around with the same goals as everyone else. To be the best athlete they can be. It's inspiring and intimidating all at the same time to be around athletes who have been to the Olympics anywhere from 3 to 5 times! (As in the case of the Flag Bearer, 5 time Olympic Medalist Kim Rhode: 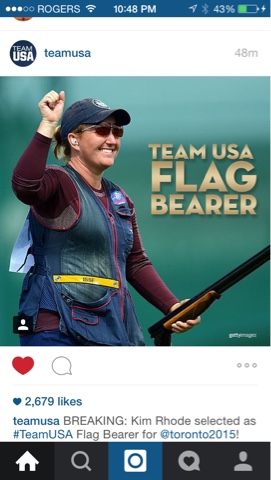 Yes that's a screen shot from my phone. Oh well! Our first competition day was fun. I've always loved competitions and the adrenaline you get before you compete. It was a little weird competing in only the team event, as I was a part of the Silver Medal Duet and Team in the 2011 Pan Am Games with Mariya, so I was expecting to have that extra kick of nervousness of performing twice.

I took a panoramic picture of the pool when our team was introduced to the U.S. Ambassador before our technical team routine swim. He said that Synchronized Swimming was the first sporting event they had attended at this Pan American Games which says a lot. Synchro sometimes can be passed over, so it was nice to hear that they enjoyed it.
We had great swims in all our routines. The Tech duet had a great showing, and the Tech Team did one of our Highest lifts yet! 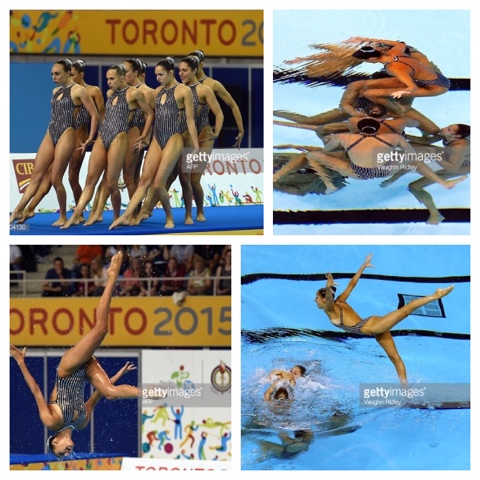 Unfortunately it's hard to see how high that picture where Anita, our Flyer, is compared to the water, but believe me...the instant replay looked AMAZING.
The free routines we didn't get a chance to take pictures for, as that was swim RIGHT before awards. So instead, you get a medal stand photo: 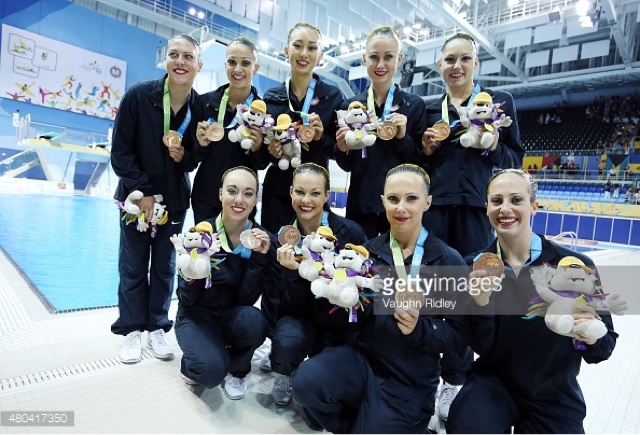 Bronze baby! And no, those little mascots aren't dogs. They're porcupines! All in all it was a great beginning to what is to come...Worlds. And while this is where I would normally end a blog post
.
.
.
But I'll post the rest tomorrow. JUST to keep everyone in suspense!
Here's a teaser just to make sure everyone comes back: 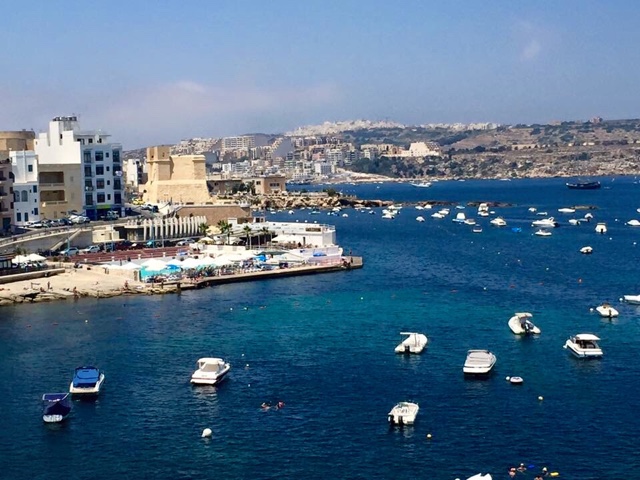