What a rush. This whole summer has gone so quickly I feel like I haven't been able to stop and update anyone!!! So Worlds is in Full blown competition mode and we're gonna start from the beginning. Day one. 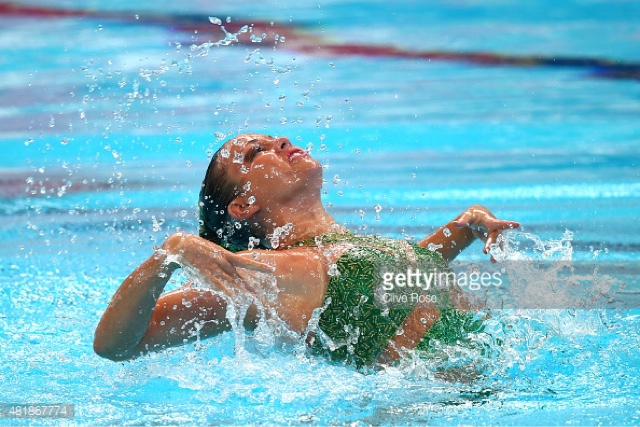 Tech solo was the first thing out of the gate, and I can honestly say it wasn't my best swim. The pool felt larger than normal, there were too many people, and a lot of pressure that I put on myself. I had a good swim, but it wasn't ME. It wasn't the kind of swim that made me proud. Luckily that was just prelims, and ranked 10th I was able to swim it again in finals. This proved to be a HUGE help, considering my score went up 2 points, and I was much more comfortable. I could perform. I could be me. Plus, my finals swim brought me up to 9th place!!! Every little bit helps. 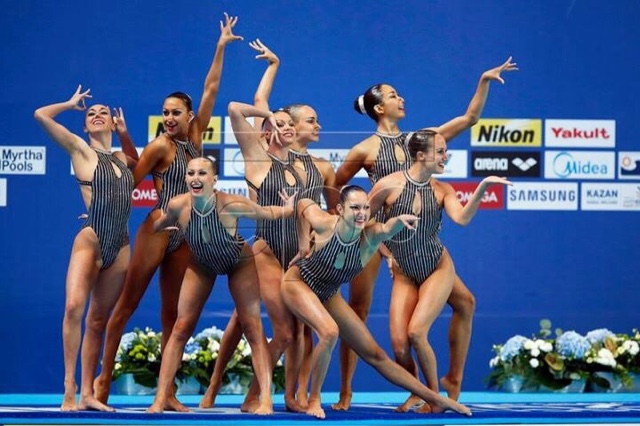 The event that sat between Tech Solo Prelims and Finals was the prelim tech team event. In case you can't find me, I'm in the middle. Haha This team has a Fosse personality within the choreography and we fight every day to bring back that American Pride and presentation the U.S. is known for. We're sitting in 10th during prelims with finals tonight! (See Day 3)
Day 2
Day one also included prelims for the Mixed Duet Technical competition, but more on that later.
Mariya and Anita competed in the Tech Duet for prelims and finals, and ended 12th after some great swims. I think the team and I cheered loud enough for the entire stadium, but hopefully it was loud enough for them to hear us from the water! All you can do from the side is cheer, and cross your fingers, and jump up and down when people you've been around do something well. It must be exhausting to be a coach. (Sorry to all the coaches who landrill their swimmers routines on the side while they compete. I feel your pain now)
Also competing in the tech duet competition was Aruba. My Collegiate coach Lori Eaton coaches Kyra and my old trio/duet partner Anouk. Wow. Lindenwood is EVERYWHERE. I also fell back into college cheering and I can't explain the kind of looks I received while I was cheering for them. I don't think people knew a person's voice could carry so far. I knew I was loud 😅 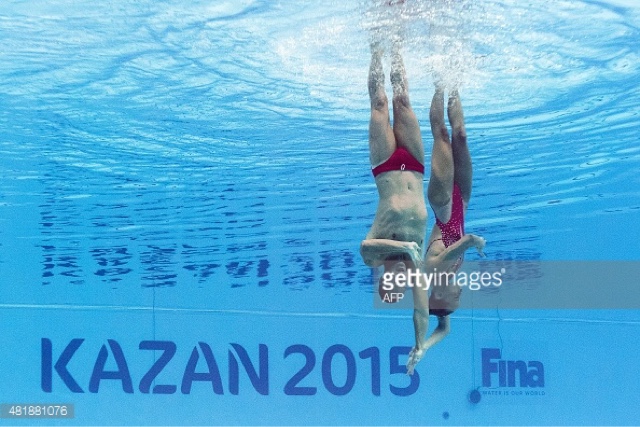 The routines that took the day was the Mixed Duet event. Bill May and Christina Jones were ranked in 2nd behind Russia going into finals, but it was a fight to the end. All goes to show its worth the hard work and the effort that is put into every day. They won GOLD!!! The first Mixed Duet event at an international level, and we were there to witness our national anthem be played and a gold medal given to US athletes. Such a special moment that pictures can never explain enough.
Day 3 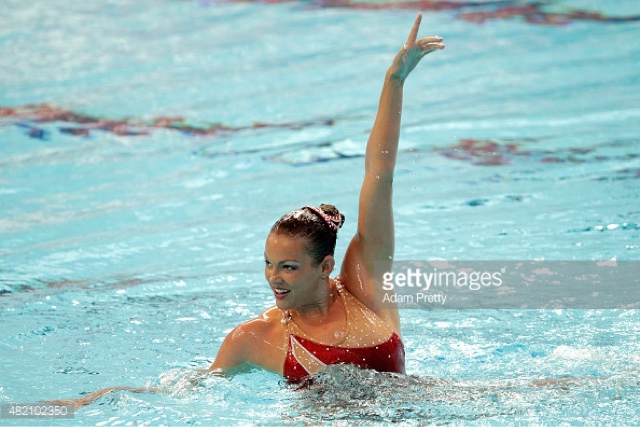 So today we started with Free Solo, and after such an AMAZING showing last night, I was pumped. Not only did I still have a goal in mind, but I had the energy of a U.S. GOLD MEDAL from the day before. So proud to be the next routine following such a performance. I brought back my "Feelin' Good" routine from 2 years ago with some changes, and let me tell you...so much better. It's hard, but it's something that speaks not only as a routine, but as something personal. "It's a new Dawn, it's a new day..." All you have to do is listen. Right now I'm in 8th! I'm excited and still aiming for my original goal. I can do this. Let's go. 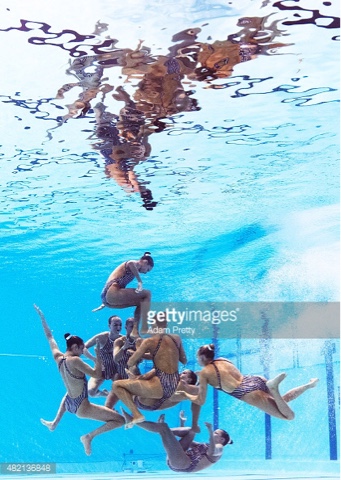 Then it was on to Tech Team Finals. We were all feeling ready before we walked out. We had the first draw, so we knew we had to go out and show off. While we didn't have the greatest swim, we had the best energy overall. We stayed in 10th place and personally, I'm ready to move on to the Free Event!! 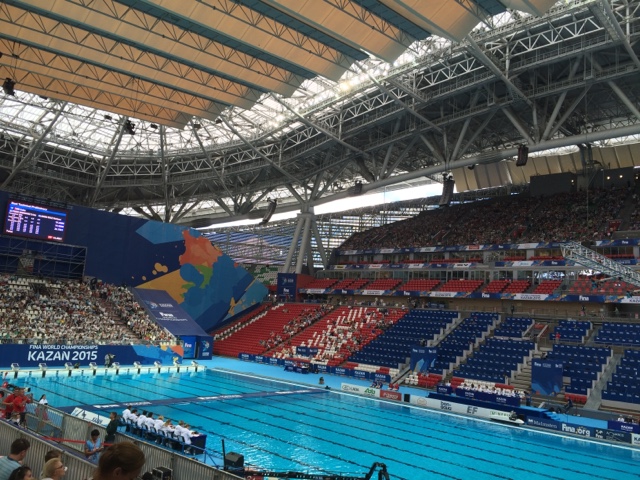 Hopefully I can update a little more often, with some of my own pictures. We don't always have access to our phones when were competing (I mean the iPhone isn't waterproof unfortunately...) but I'll do my best!
Wish me luck moving forward! Go USA! (And Egypt, and Aruba, and Indonesia! Cause that's the LINDENWOOD representatives here at worlds!!!)
--Mary
Posted by Unknown at 2:23 AM